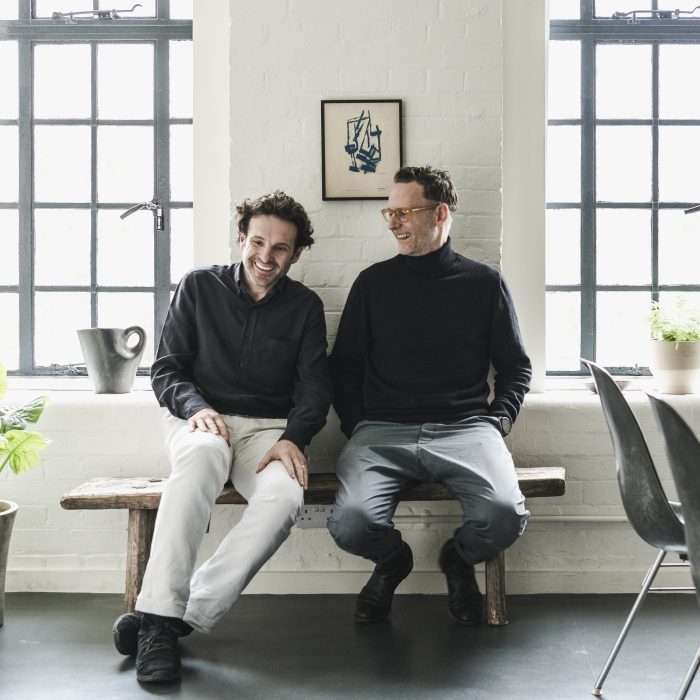 We spoke to co-founders of The Modern House, Matt Gibberd and Albert Hill about their top restaurants for interior design.

What are your favourite design-led restaurants?

The Gallery at Sketch is one of London’s most glamorous dining rooms. India Mahdavi’s puckish take on the traditional brasserie has bulbous banquettes and cheerful chairs upholstered in a pastel-pink velvet, presided over by David Shrigley’s hilariously mischievous artworks.

You’d be hard-pressed to find an architect in London who hasn’t feasted on faggots and gorged on gulls’ eggs at Fergus Henderson’s temple of nose-to-tail eating. The wonderfully ascetic interior, with its white walls and black factory lights, has spawned a thousand inferior imitators.

With its vaulted ceiling, industrial uplighters, blue carpet and signature projected clock, the River Cafe is a 1980’s design classic that continues to be one of our favourite places to while away an afternoon.

At Spring, winsome waiting staff clad in uniforms from Egg sashay effortlessly among Mario Bellini chairs and Vico Magistretti lamps. It’s as close as you’ll get to an aesthetic and culinary colonic in the traffic-clogged Badlands of central London. We love it.

Tomos Parry’s first solo restaurant is on fire, quite literally, as diners are greeted by the reassuring blaze of food being charred in an open kitchen. With it’s long communal tables, factory windows, globe ceiling lights and original wood paneling, it successfully combines the grandeur of a venerable institution with the youthful swagger of a New York loft.