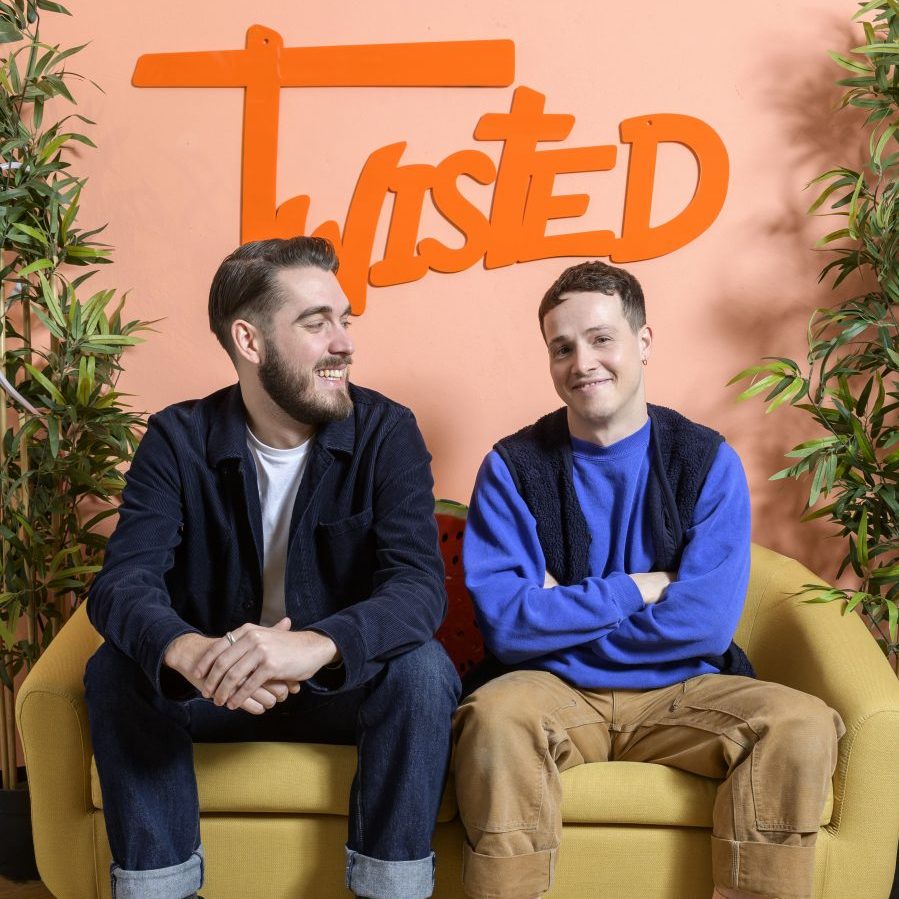 Twisted, the UK’s number 1 food and drink social media publisher, that boasts a global community of over 30 million followers across social media platforms, will release its official cookbook on Thursday 16th April. Twisted: A Cookbook will be a collection of more than 110 new and unique recipes that will showcase the brand’s ‘unserious food tastes seriously good’ ethos.

With chapters centred around social occasions like ‘Meat-Free Monday’, ‘Hungover Saturday Breakfast’, and ‘Picnic’, highlights from the book will include ‘Spicy Cauliflower Pakora Burgers’, ‘Hoisin Duck Chimichangas’ and ‘Korean Scotch Eggs’. Striking photography from David Loftus and Louise Hagger will bring the vibrant dishes to life, alongside beautiful illustrations.

Twisted was created in 2016 by Tom Jackson and Harry Bamber and it has been a pioneer in the era of digital media and compelling food content, now being the number one UK food and drink page on Facebook, with 16 million followers. The release of its new cookbook is yet another game-changing move. When so much is focussed digitally, choosing to release a hardback print book is an exciting prospect, as Harry – who leads Twisted’s production team – puts it: “We’re always exploring ways to better connect with the Twisted community, both online and offline, and this cookbook represents a new, exciting way to do just that. We’ve taken the fun, creative side of Twisted that people have come to know and love and put it into a bold and practical book that we hope readers will turn to for inspiration for years to come.”

Last year, Twisted teamed up with the new Market Hall West End, off Oxford Street, to open a studio within the space, used for visible-to-the-public live recordings, producing new cooking shows and hosting demos. The team has also continued to drive their offline presence through the growth of Twisted London, a delivery-only restaurant concept available exclusively with Uber Eats.

For Tom – who heads up Twisted’s food team and was the lead author of Twisted: A Cookbook – food is the focus: “The world can be a pretty serious place, and the food world especially so; full of ego, culinary one-upmanship and highbrow, holier-than-thou cooking. We’re not too fussed with all that. What started out as a few recipe videos in that Brixton flat is now an approach to cooking that we, along with our audience, really live by. Our food has always been fun to watch, but it’s even more fun to cook and eat. With Twisted: A Cookbook, we intend to further engage home cooks and encourage them to try something new. We just want everyone to have a good time, basically.”

Twisted has seen international fame with appearances on This Morning and Good Morning America when their ‘Pizzadilla’ (a mash up of a pizza and a quesadilla) went viral worldwide last year, fuelled by social media support from celebrities.

Twisted: A Cookbook is published on Thursday 16th April by Hodder & Stoughton (£RRP20)