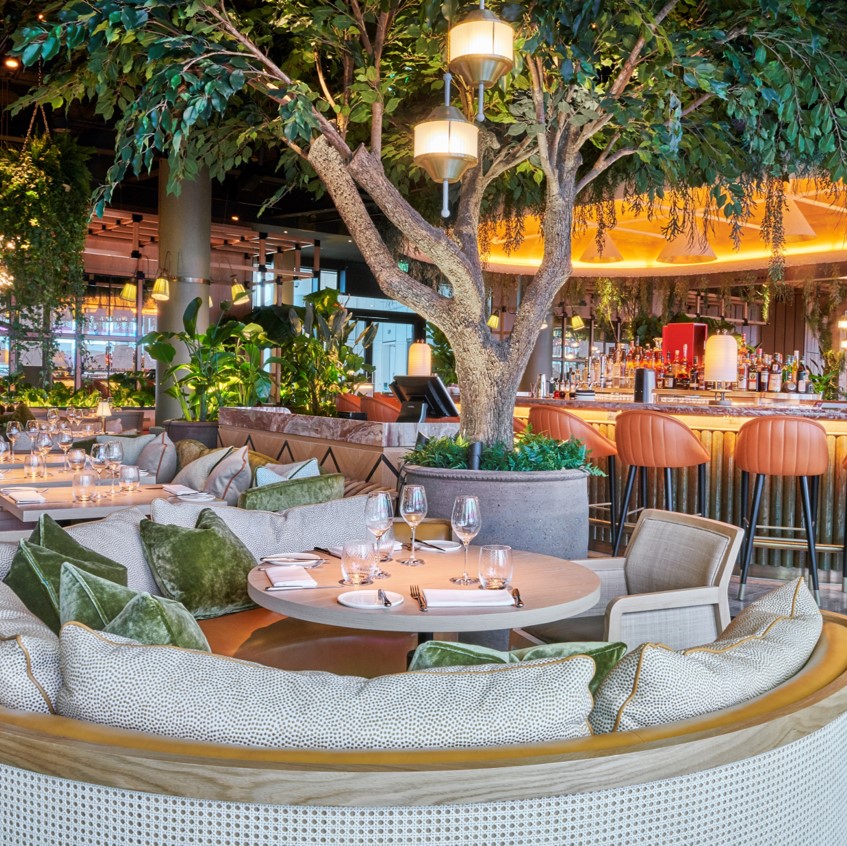 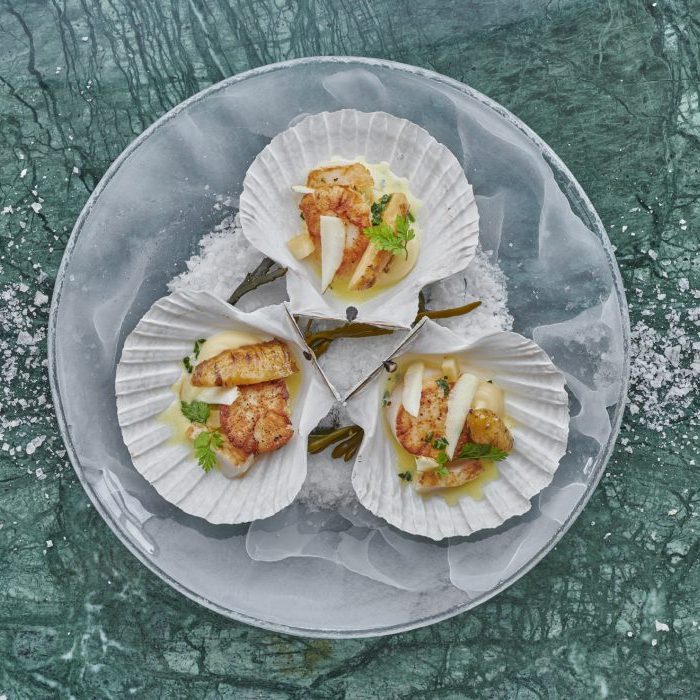 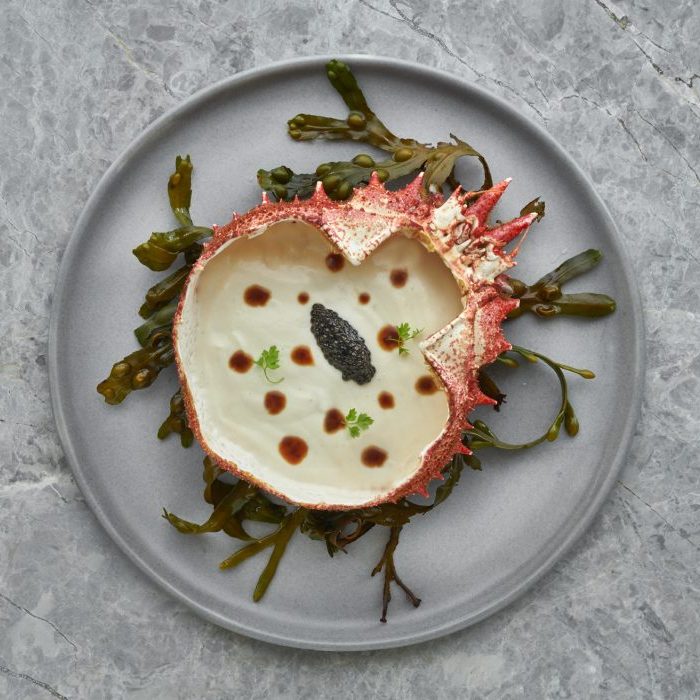 D&D London has announced that 14 Hills, a new restaurant, bar and deli situated in the City’s square mile will open on Monday 11th November. The restaurant interior contains a variety of trees and shrubs spread throughout, transforming the open plan space into an indoor garden high above the bustling crowds of Fenchurch Street. The views from the restaurant are spectacular, taking in many of the great landmark buildings in London such as Tower Bridge, the Shard and Canary Wharf.

14 Hills will be D&D’s first City opening since 2014. Heading up the kitchen will be Thomas Piat, formerly Executive Chef at Daniel Boulud’s, Bar Boulud. It will mark a return to London for the chef, who most recently worked in Paris, overseeing the launch of Hélène Darroze’s most recent opening, JOíA.

From 120 Fenchurch Street, a lift will transport guests up to the 14th floor. On the right will be a grab-and-go Deli, open weekdays from 9-5pm, which will serve sandwiches, artisan salads and freshly baked cakes, cookies and tarts. Highlights from the deli menu will include: 11-hour slow roast pork belly with fennel seeds, Bramley apple and mustard aioli served in an English bap; Rarebreed pork sausage roll, spices, truffle and puff pastry; and the Roast Loch Var salmon salad – beetroot, fine beans & potato, hen egg and frisée with a lemon and caper dressing.

As diners enter the restaurant through a double set of doors, the eye will be drawn to an oval onyx bar in the centre of the room, which will stay open until 1.30am on Fridays and Saturdays. An extensive cocktail menu aims to make the bar a destination in its own right for classics and signature serves including, Fourteen – Tanqueray 10 gin, fresh lemon, Moet & Chandon Rose imperial NV, homemade black syrup with a Tia Maria and coconut reduction; and Butter Crunch – Bulleit Rye whiskey fat washed with peanut butter, homemade cocoa nibs syrup and chocolate bitter.

Executive Chef Thomas Piat’s menu will focus on modern British cooking with a touch of French flair with dishes influenced by his life and cooking experience in France. Signature dishes will include a sharing dish of venison: Roast saddle, venison pie, venison bone marrow, long pepper & whisky sauce (£42); and a seafood starter of White crab, cauliflower, and oscietra caviar (£14.50). Classic dishes such as beef tartare, Jersey rock oysters, and Beef Rossini will also feature, as well as a dedicated grill menu of Aberdeen ribeye, Hereford fillet, and Dover Sole served on the bone.

Featuring amazing City skyline views, award-winning international designer Robert Angell has created a lush garden style interior, bringing the outdoors in. The restaurant will have a canopy of evergreen plants and seasonal climbers growing across the ceiling, with shrubs and pergolas around the room creating intimate individual spaces. The firm’s past projects include restaurants and bars for The Berkeley and The Savoy hotels and more recently the restaurant Wild Ink at Hudson Yards in New York.

14 HILLS WILL OPEN AT 120 FENCHURCH STREET ON MONDAY 11TH NOVEMBER.

Inspired by its botanical interiors, 14 Hills has partnered with sustainability focused charity, One Tree Planted to support the not-for-profit business in its reforestation projects around the world.