A Rhyme for London’s Restaurants 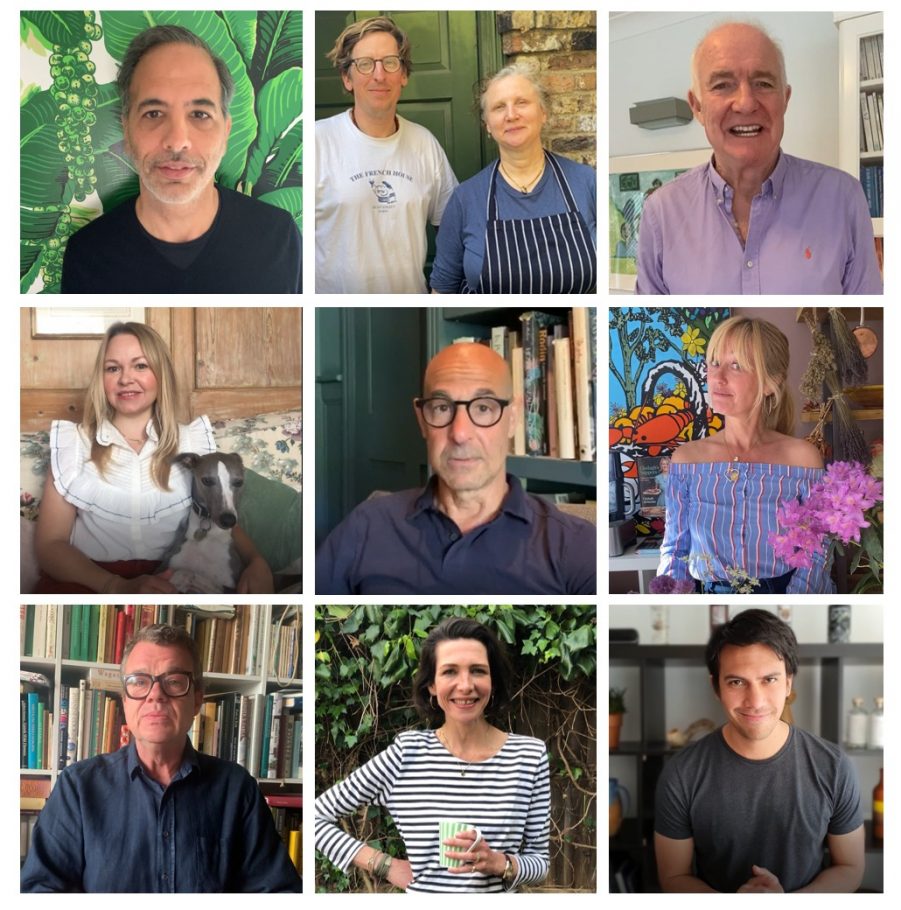 More than 60 icons of London’s restaurant and food world have come together to pay homage and share their love for the city’s restaurant scene with a poetic ode to the industry, a little love letter – A Rhyme for London’s Restaurants.

Written by Lucy Golding, an Account Director at Gerber Communications, the rhyme is a poignant celebration of the eclectic and diverse dining scene in the capital, and a reminder of all that diners can look forward to when normal life resumes – plus offers a glimpse into the homes and gardens of some of London’s foodie elite.

Please watch the video on our IGTV, share, and donate as much as you can afford, to one of our two charity partners (link to Virgin Giving page below). These are, the London Evening Standard’s Food for London Now campaign, which is raising funds to distribute food for vulnerable, elderly and poor Londoners, in partnership with The Felix Project; and Hospitality Action’s COVID-19 emergency relief grant, supporting hospitality workers in immediate crisis. Money raised through this campaign will be split equally between both charities.

The written version of the rhyme, in its entirety, is also below. See if you can guess all restaurants referred to throughout (Clue: there are 50 !)

A Rhyme for London’s Restaurants

It fell quiet in town,

when our restaurants shut down

and we pined for a time so familiar

Whilst the boarded-up windows,

made it all feel a little Black Mirror

And as dining destinations,

a void filled our boroughs and diaries

As we mourned our favourite mate-spots,

our space for debaucherous soirees

Before things got contagious

to afford such plethora and vision

In this time of uncertainty

it’s only now occurred, you see,

that restaurants are their very own religion…

from the vibrant West End,

where venues couldn’t pack in much closer

Fill up on Fattoush,

if your mood is skewed towards some Israeli

For chops and chips colossal,

devour a tower-high with juicy meat,

Whilst eel sandwiches with pickle,

to that hub that’s dubbed the ‘Dame of Dean Street’

at Soho’s home of revelry

Where the movers and shakers,

lap up livers with capers

not far from Covent Garden

one scholar’s getting spicy with plantain

Near the farm-to-fork queen,

making change on the scene,

with her single-use plastic campaign

at the pre-theatre darling

named after that historical whore

But if you’re feeling flush,

where that guy makes pie with lobster thermidor

get frisky with its plate of fruits de mere

Or splash out on wagyu,

in the jungles of Peru,

found just a few doors down on Berkeley Square

but seafood steeped in history

a Jermyn Street retreat will have your fill,

Or grace that grand canteen,

and glean its mean Eggs Florentine

a favourite of the late, great AA Gill

A smorgasbord of talent,

is flown in from round the planet

at a gourmet roundabout in Marylebone

And if you adore,

book your space on an Indian spice trail

Then make towards Baker Street,

where that bloke from the Lakes

From those brothers slightly posh

come here for tortilla and croquetas

Sent with love from Bombay,

makes breakfast naans that don’t get much better

and factor flatbreads in your diet,

at that shrine to open-fire and metal tunes

But for pure dairy fandom,

get your ass up to Camden,

Embark east to the land

of the tattooed bearded man,

if your taste buds remain unfulfilled

And gorge on pork ribs,

made from pedigree pigs

and a life-changing pesto burrata,

there’s that place up the stairs

yet don’t the cod roe for starter

just behind the petrol station

and scoff a trough of soothing bouillabaisse

Whilst the lady from The States,

who made the royal wedding cake,

whips up her world-class bakes in Wilton Way

is where you should be feastin’

for the greatest grilled halloumi you will taste

Or for planet-saving grazing,

doing everything he can for zero-waste

its straight to Borough Market

at that place with the permanent queue

pappardelle with a slow beef ragu

Further down on the left,

there’s that chef from 50 Best,

But for livelier dos,

blast out some Voulez Vous,

at karaoke with a side of steamed buns

And for piri piri chicken,

flying out an open kitchen

eat your way through the sunny Algarve,

Or that hot new hotel,

with the octopus roll

and staggering scenes of the Shard

Take a pew in perfect view

of the vendors in bloom,

for a plate of Singaporean fried rice

But if caffeine’s that you’re feeling,

those guys from New Zealand,

make the best flat white of your life

on a terrace out of Venice

eat Caprase with Campari and gin

Which is rather convenient,

to that molecular genius

And down towards Clapham,

locate the chicken livers of dreams

Or that place on the square,

consume with prune and Armagnac ice-cream

will give you plenty to try

from Brazilian to BYO Thai

Fill your face with Filipino,

or those patties where the beef don’t lie

Yet when we revere,

We must think beyond bricks-and-mortar

There’s a multitude of teams,

who build dreams behind the scenes,

a contingent you may not have thought of

These brasseries and bars,

have suppliers and PRs

they too are being asked to hold tight

Or that chef who makes tortillas,

on the brink of his very first site

No less the press and media,

who feed this foodie theatre

the Insta-clan who bring the bums on seats

And even our dear critics,

who as soon as the shit hit

paid homage to the cause with poignant Tweets

those dealing with a dining out addiction

Yes, there must be nearing thousands,

who despite being housebound

are allergic to their very own kitchens

Hats off to those triers,

who dig out their deep fat fryers,

dust off their Berry, Oliver or Stein

Yet even bake-off dreams,

run out of steam in quarantine

plus no one can make their own wine

So vineyards, farms and breweries,

Some dabble with delivery,

to fuel the NHS throughout its fight

So as we crave that cosy chatter,

every morsel of this ritual we yearn

It’s now we can appreciate,

where we’ve got to celebrate,

the day that it all returns

And it will, one way or other,

these cracks will recover

the industry will mend and unite

And when it does, let’s ensure,

that we’ll never once more,

cancel plans on a Saturday night