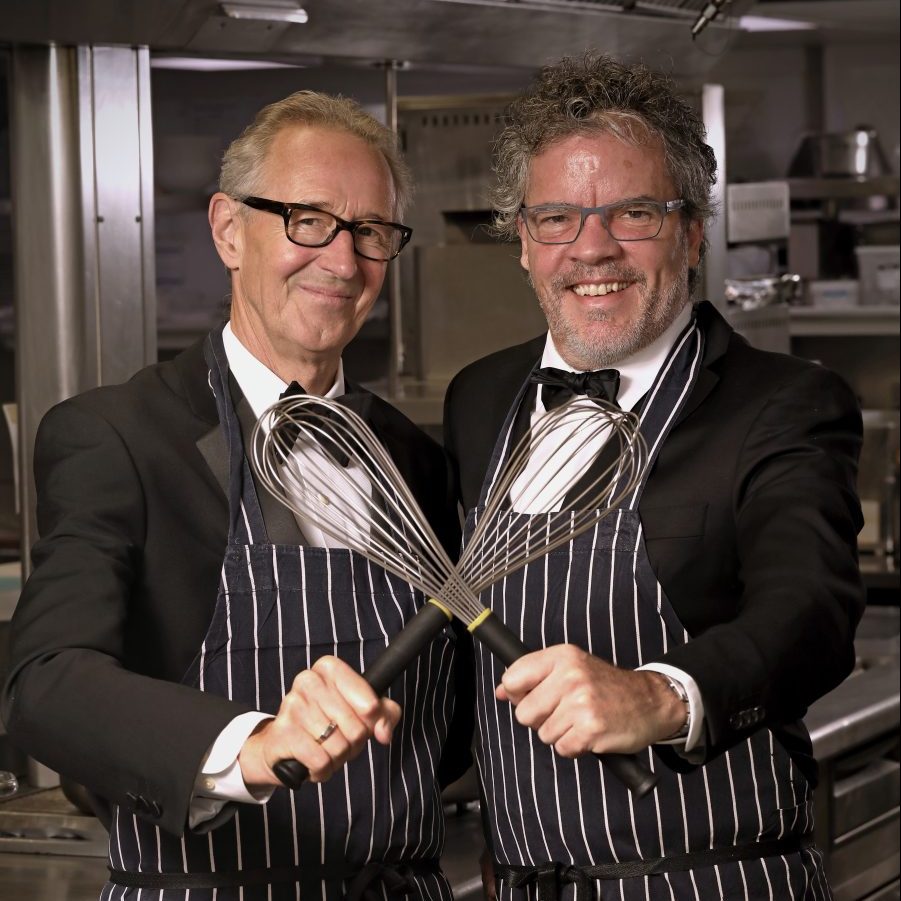 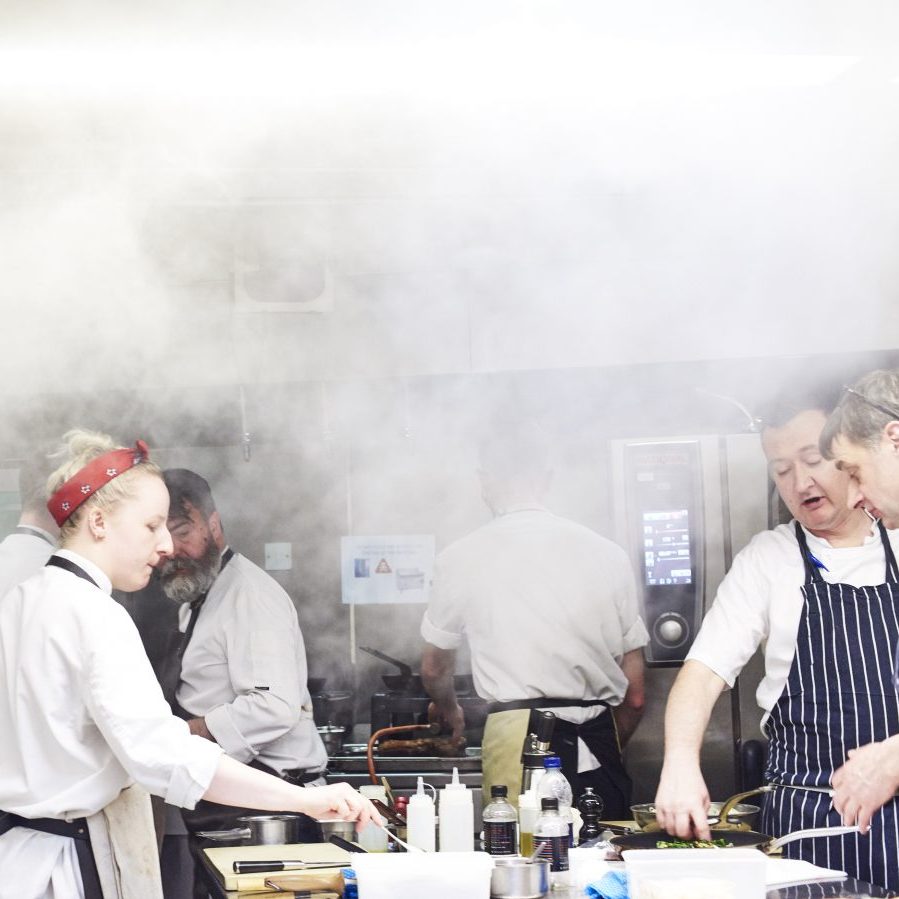 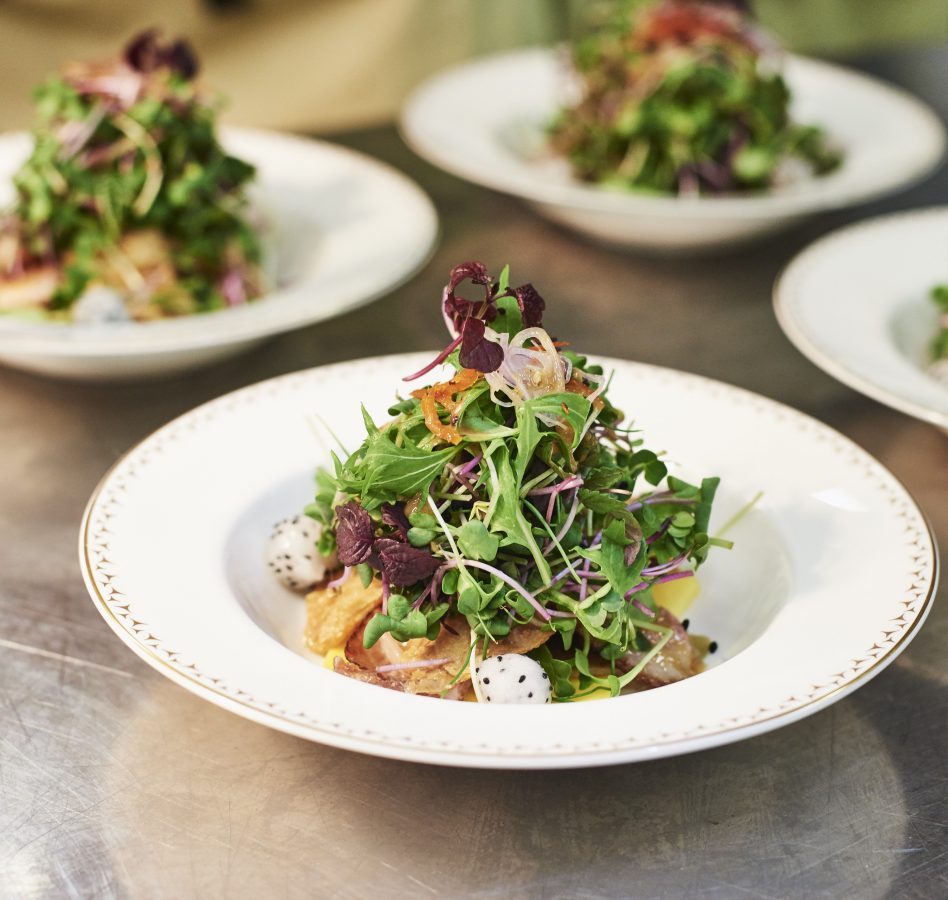 Who’s Cooking Dinner? will return to The Dorchester on Monday, 2nd March 2020. The charity event will see some of London’s most respected and influential chefs donate their time and culinary skill in aid of the fight against leukaemia and blood cancer. Now in its 21st year, the event aims to bring the total funds raised so far to more than £9m.

As the name suggests, guests are left in the dark as to who will be cooking their dinner until the very moment they take their seats. At this point, chefs are allocated to one of the 20 tables, where their guests are served a bespoke four-course menu with paired wines and looked after by the chef’s own front of house team. Following the dinner, a series of money-can’t-buy gifts and experiences – including many of the chefs donating further time to cook lavish meals in guests’ homes – are bid for in a sparkling and often comical live auction.

Who’s Cooking Dinner? was established in 1999 by restaurateur Chris Corbin OBE and Chef Peter Gordon, after both of them were personally affected by leukaemia; Chris, who was diagnosed at the age of 38 with chronic myeloid leukaemia, and Peter who donated bone marrow to save his sister’s life after she became ill with the disease. In an effort to raise awareness and funds they called on their many close friends and industry contacts to come together and support them in their quest to deliver a truly one-off dining experience. Since then, the annual event has grown enormously and to date has raised over £8m.

Now embarking on its third decade, Chris, Peter and the team have no plans to scale down their fundraising mission. Allowed for by the fact that everything for the event, including the prestigious host venue, The Dorchester, is donated at no cost, 100% of proceeds are given directly to Leukaemia UK. Up until this year, the event was hosted solely by charity Leuka. As of 1st November 2019, Leuka has officially merged with Leukaemia UK to create a single body – consolidating all fundraising efforts and resources, to maximise the potential impact and gravitas of the cause.

Over the past 20 years, the impressive donations from Who’s Cooking Dinner? have ensured the continuation of world-class research and life-changing support to some of the 27 people a day who are diagnosed with leukaemia, in the UK. This includes supporting innovative research and funding transformational care projects.

The Who’s Cooking Dinner? 2020 line up (more to be announced in due course):

Holding multiple Michelin stars between them, the stellar chef line-up is comprised of chefs from some of London’s best restaurants. In an inspiring touch, there are also a handful of chefs taking part who have had personal connections with the cause, including Francesco Mazzei, who lost his father to this disease, and Jean-Luc Mongodin, who will be cooking in support of right-hand man and Head Chef Justin LP, a blood cancer survivor.

Further chefs will be announced in due course.